I had an email the other day from a client who had wrecked the monad on the NP car he was decaling that he'd bought from me.
He'd been using Walthers Solvaset as a decal setting solution.
I have to admit I was a little surprised that he was using such a powerful setting solution. 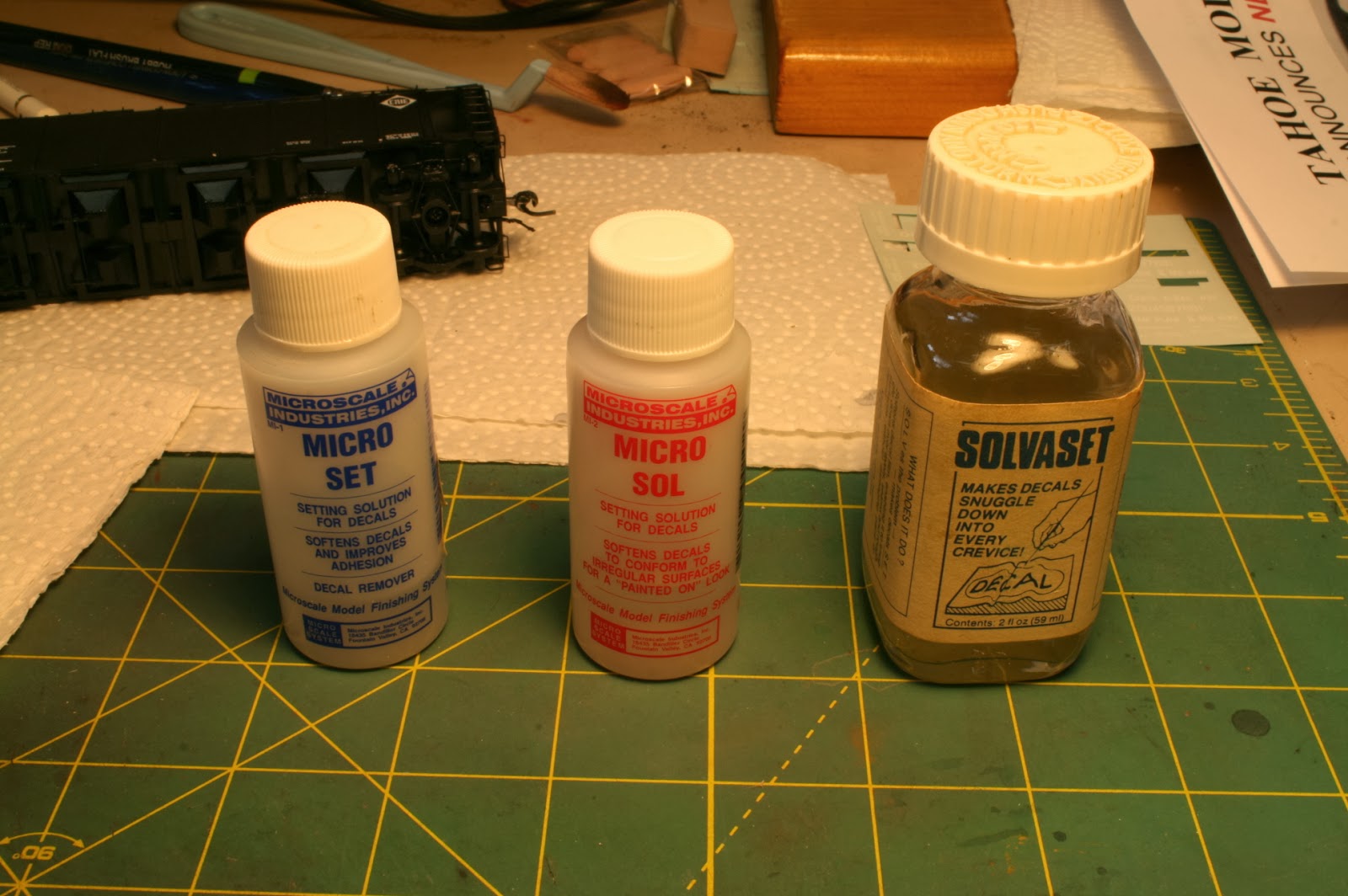 Solvaset was created way back when Champ and Walthers were the big guys in the decal world. Thin film decals were but a pipe dream then. The decal film used then was quite heavy and needed a lot of encouragement to conform to undulating surfaces and form over rivets, etc.
I still keep a bottle of Solvaset around just in case. And I've had occasion to use it. Sometimes decals won't soften. But 99% of the time Micro Sol is all that's required.
I usually find that it's better to work up to the heavy hitting products rather than reach for them first.
Maybe that's just me.