In part as a result of the last ops session here and in part a result of a conversation with Barry Silverthorn while shooting an episode of TrainMasters TV, ( http://themodelrailwayshow.com/cn1950s/?p=4909 ) I've been thinking about Wabash F7s.
I've been reviewing whether or not I should try and acquire another pair of units for the layout. As time goes by, I'm getting more comfortable with all the tasks I wish to have done in an ops session. Another pair of units would allow me to run another extra or add a section to an already scheduled train.
Currently I own 9 pairs of F7s. They are Proto 2000 factory painted units, which I've added winterization hatches to and renumbered to match the Canadian assignments. The Wabash maintained a fleet of 10 pair in Ontario through the 50s and into the 60s. An eleventh pair was bought in 53 to replace a set that were wrecked in a horrific wreck in Simcoe, which killed the crew and burnt the locomotives.
As far as I can tell the models are out of production and not likely to be repeated, so acquiring another pair may be a challenge. And then there's the potential cost. Equipped with DCC and sound the models sold for $200.00 each when new. Ebay can be brutal!
It can get dangerous around here when I start thinking about options. 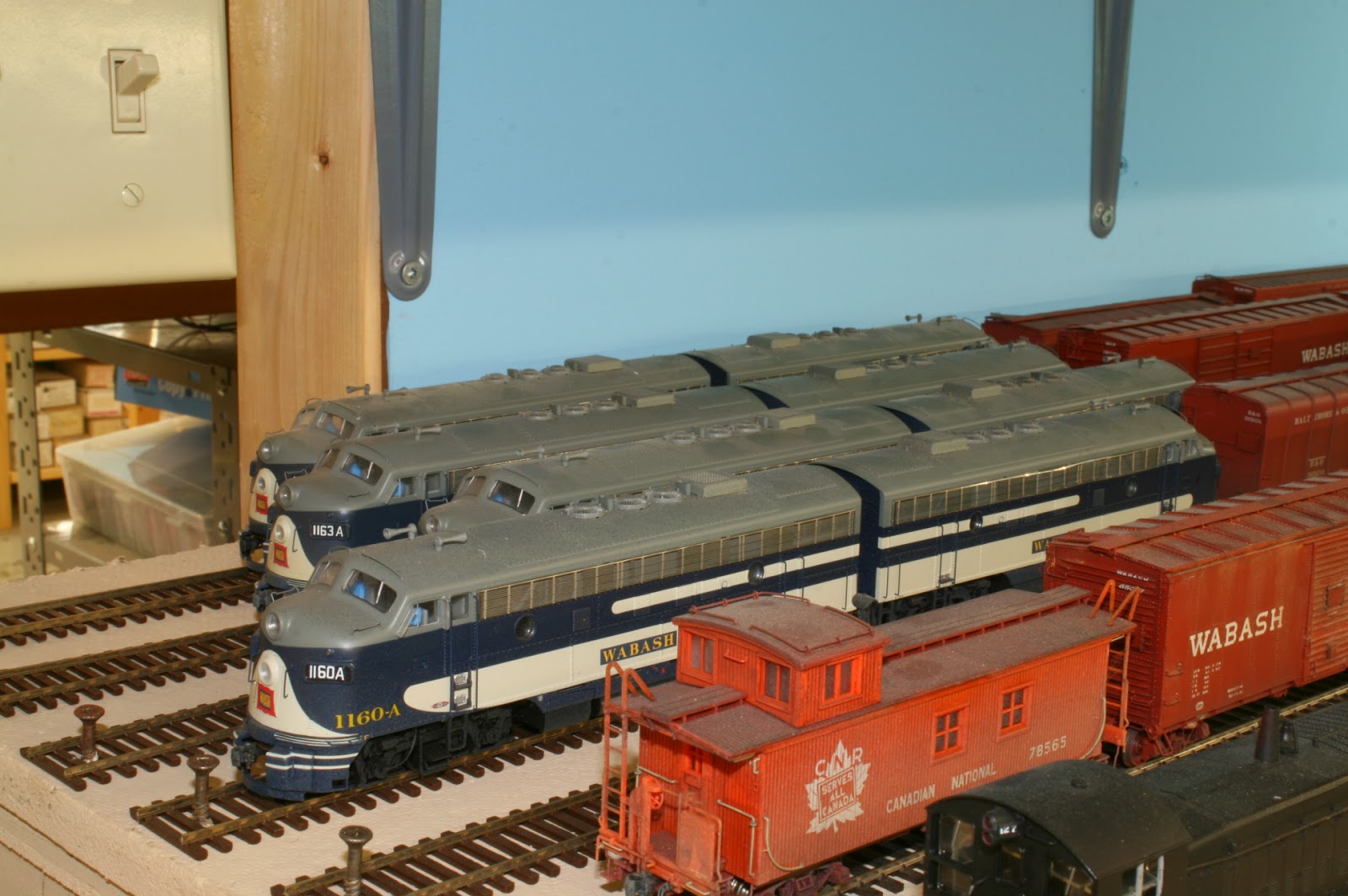 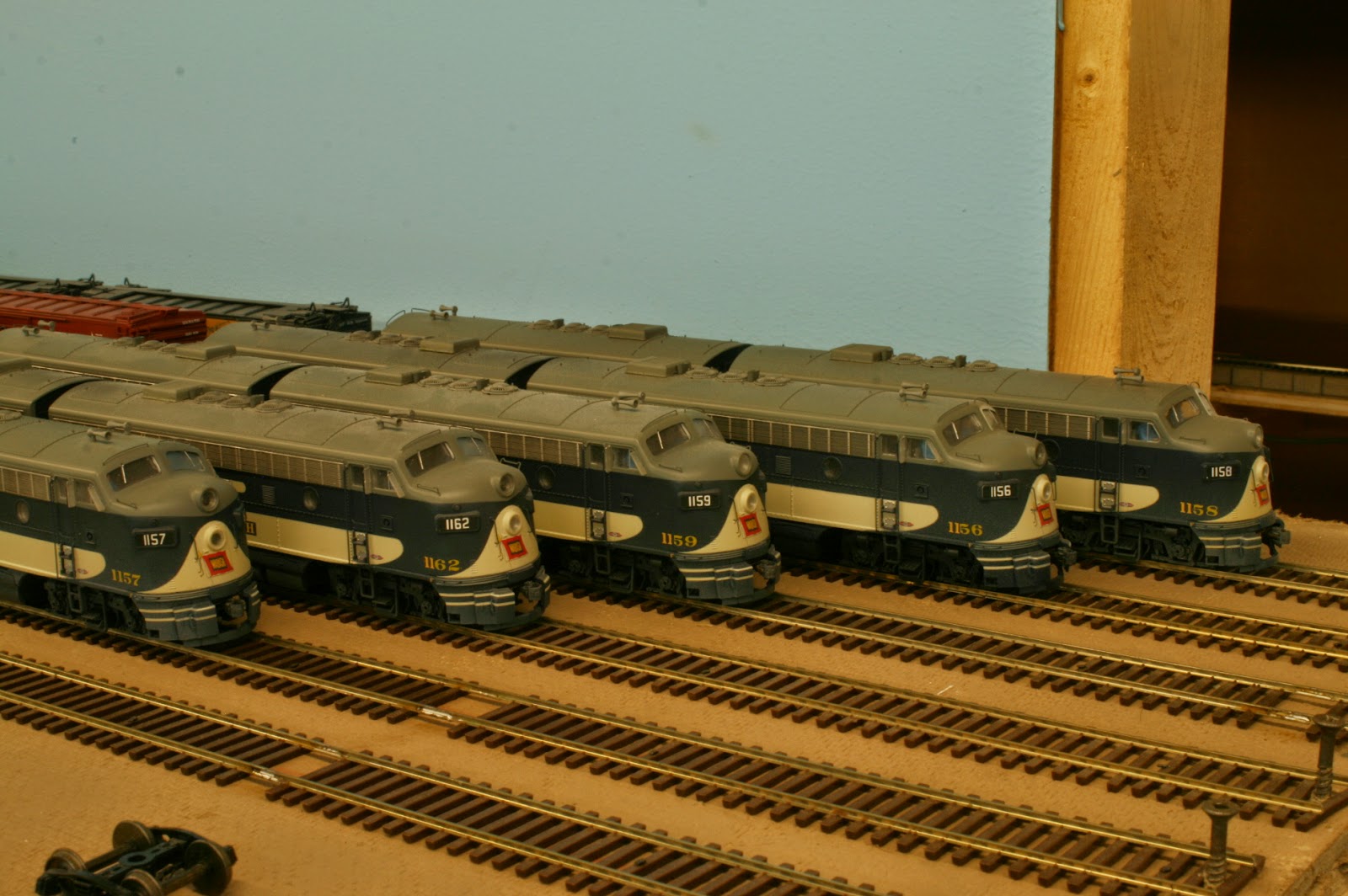 Yes!!! You need more F units! There's an empty track in that top photo. F units would look good there.

Any other options on the Wabash? Running extras might be an oppotunity to run otherwise obsolete or unusual power.

Motive power options are limited for the Wabash in Ontario for the time frame I model. The F7s were purchased to replace the K-1 and K-3 Mikes and a couple of J class Pacifics. The steamers were returned to the US for cutting up fairly quickly. For compliance with customs regulations, it would be very unlikely to see other Wabash power in Ontario. ANy extra power would have been rented from CN, but the reliability of the diesels would have made that very unlikely. They were in matched pairs in case of breakdown.