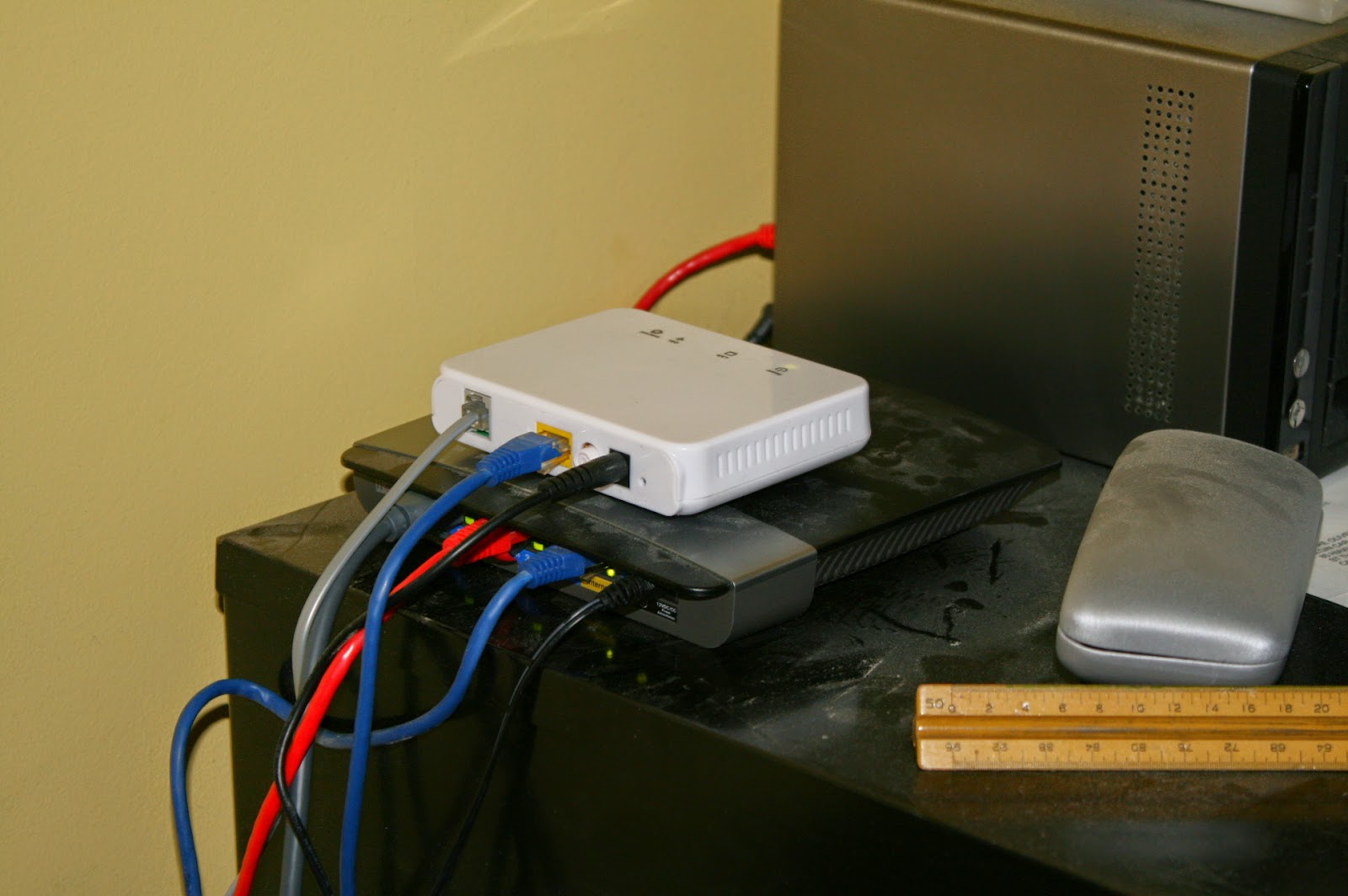 For over 2 months now I've been having a rather annoying problem with my service. My internet connection would fail and then restore shortly thereafter. Very random, very intermittent. Very disconcerting.
Now to their credit, my ISP, "Start.ca", worked with me through the whole painful process. They replaced the modem. They ran all kinds of diagnostics. They monitored my line for days.
The phone company came out at one point and ran checks on the phone line. They told me it was all fine, had to be an issue with the ISP.
I had both the techs at the ISP and the phone company trying to tell me that it was an internal house wiring issue. I refused to accept that diagnosis. For 2 reasons. One, I had rewired the house 15 years ago, and the phone wire I used was high quality wire, not that cheap shit the phone companies like to use. And 2, when on the phone there were no crackles, buzzes, hums, etc. In fact I'd been on the phone to the ISP working this problem when the service would cut out and there was no noise at all on the line.
In a fit of desperation, the other day I moved the modem and the router from my office to the basement. So now the only internal wire in use was a 12" length from the entry block to the first jack. I had to reconfigure my desktop to access my internal WIFI network. (Yes, I had forgotten one password). If anything the problem was worse.
Back on the phone to the ISP and I described the latest steps taken. They agreed to have the phone company come back. This technician felt that there was some resistance on the line and decided to swap the pair of wires in use for phone service.(The phone wire under the ground has 4 conductors, of which only 2 are used). He did the swap, went to the switching hub, rejigged my phone hookup and now it's been 24 hours without a connection failure.
Funny how the first technician couldn't see what the second guy saw.
This is my pet peeve about "high tech".
The hardware guy says it's a software problem.
The software guy says it's a hardware problem.
I wind up paying for a non functioning service.
Grrrrrrrr.

All's well that ends well? Except now you're going to move and you never know if everything will work as well or better in the new place...