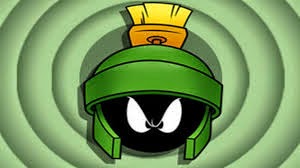 It turns out I was rather premature in my hopes about my internet connection.
Over the weekend it started dropping out again. On Sunday, 6 times in 4 hours.
Bell sent yet another technician over Sunday afternoon and we played around with a few options, but he was adamant that it was a bad internal wire. So I hauled the modem and the router back into the basement and he installed a new jack and wire adjacent to the entry point of the phone wire and we were back in business.
Not an hour after he left the connection failed again!
I am now done with Bell. I have contacted my ISP and we'll be going over to internet on cable. Once that is setup, phone service will switch over to Voice on the internet and eventually the satellite service will get switched to cable.
3 service guys all come in and come up with 3 different diagnosis, none of which actually fix the problem. And the real kicker is that none them would consider looking at what I believe the issue to be. The underground wire outside, that I suspect was nicked when some drainage work was done here 2 months ago just before this all started.
It's almost as annoying as being disintegrated.

Bell Canada had not separated themselves from the inside house wire for a year when we moved into a new place. Finding no phone service, I called Bell from a payphone (this was almost twenty years ago when
Bell actually maintained such things).

A Bell technician stopped by a couple of days later, leaving me a note. And now my landline worked, too. A day or so later, he showed up in our driveway. He said--"Only you would find this! There was a wire broken in a junction box two blocks away."

Years later, I switched landline providers to Execulink. Mysteriously, my landline failed twice within a month of my doing so. Bell blamed Execulink. Execulink traced the failure to Bell's central office, which Bell denied--but never charged me for anything.

In Canada, we have two major mobile phone carriers. One is Bell, who also owns the nationwide CTV TV network, and part of the Globe and Mail newspaper. There is a push by the pundits to eliminate CBC (a Canadian version of NPR and PBS). It's said that CBC costs Canadian taxpayers $18 per capita per year. The "free market" and all that...But I know that I subsidise CTV to the tune of more than $18 per annukm when I pay my Bell mobile phone bill--and I don't even watch CTV.