While not earth shattering, it's important.
Some modelers have had issues and struggles with the phosphor bronze ladder stiles that have been included in past kits. And if the stiles aren't perfectly etched and if the modeler doesn't have the right tools folding those stiles can be a real trial.
So I've decided that all future kits that call for ladders will have brass ladder stiles, like these; 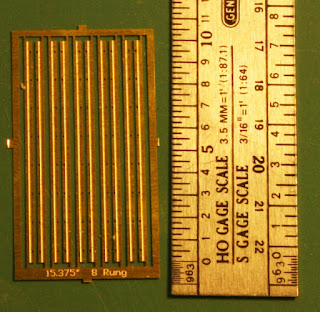 They'll fold far easier and generate far less swearing.
The other part of this, is that I will also be including etched ladder rungs. They're far easier to work with and are being made in a variety of widths. 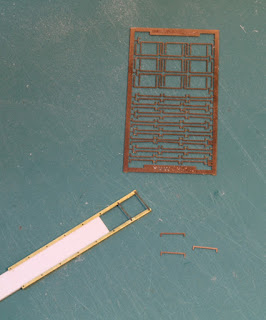 Far less tedious than clipping the legs off of commercial grabs and less counting for Pierre. (yes that's what it's really about).
We're always looking to improve and do what we can to get more people building models.