More stunning scenery from the other side of the pond

I actually had the privilege of taking in 2 Fremo events while I was over in Germany. The first one we went to was a smaller affair in a very pretty town called Petersburg.
There we met up with a few fellows engaging in Fremo operations, and again some really stunning modules with very nice scenery. 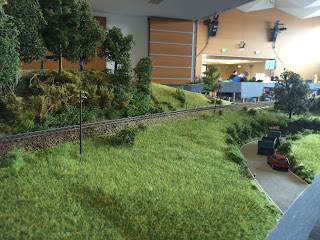 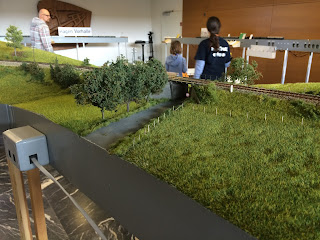 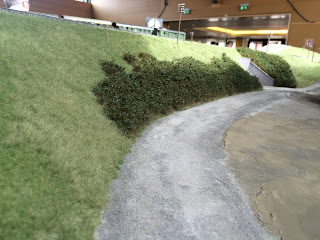 For me though, the highlight was a station module with a beautifully rendered filled in ravine.
Walburg is actually copied from a prototype with little or no compression and features a functioning hump yard. 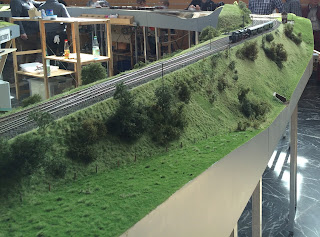 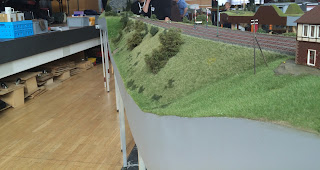 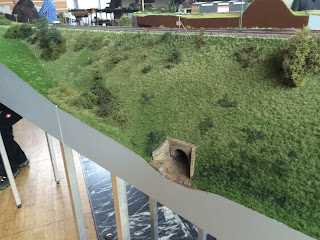 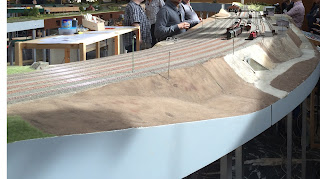 The neat thing about these older German hump yards is that they didn't use retarders to slow the cars. Rather there was a worker for ever track and he had a supply of "rail stops" that he put down on the rail to stop the cars. He would then put his shoulder into the car to shove it against the preceding car and the consist would be built. I watched an old film of this happening and it was a sight to behold.
If I hadn't seen it, I wouldn't have believed it.

Great photos - very inspirational! The scenery to track ratio is impressive - especially on a module, where all that extra space for scenery also means extra weight to carry and more layout to transport and store.
Thanks for sharing...
- Trevor