In the great Ontario springtime tradition, I had to repair the road and level crossings where Highway 6 crosses the rights of way in Jarvis.
The problem started with the realization that I had used too thick of a lumber stock for the actual interface where the roadway crosses the railway. I couldn't get the rail cleaner down onto the rails.
So the crossings were ripped out and I used to rebuild as an opportunity to revisit how I painted the roadway. 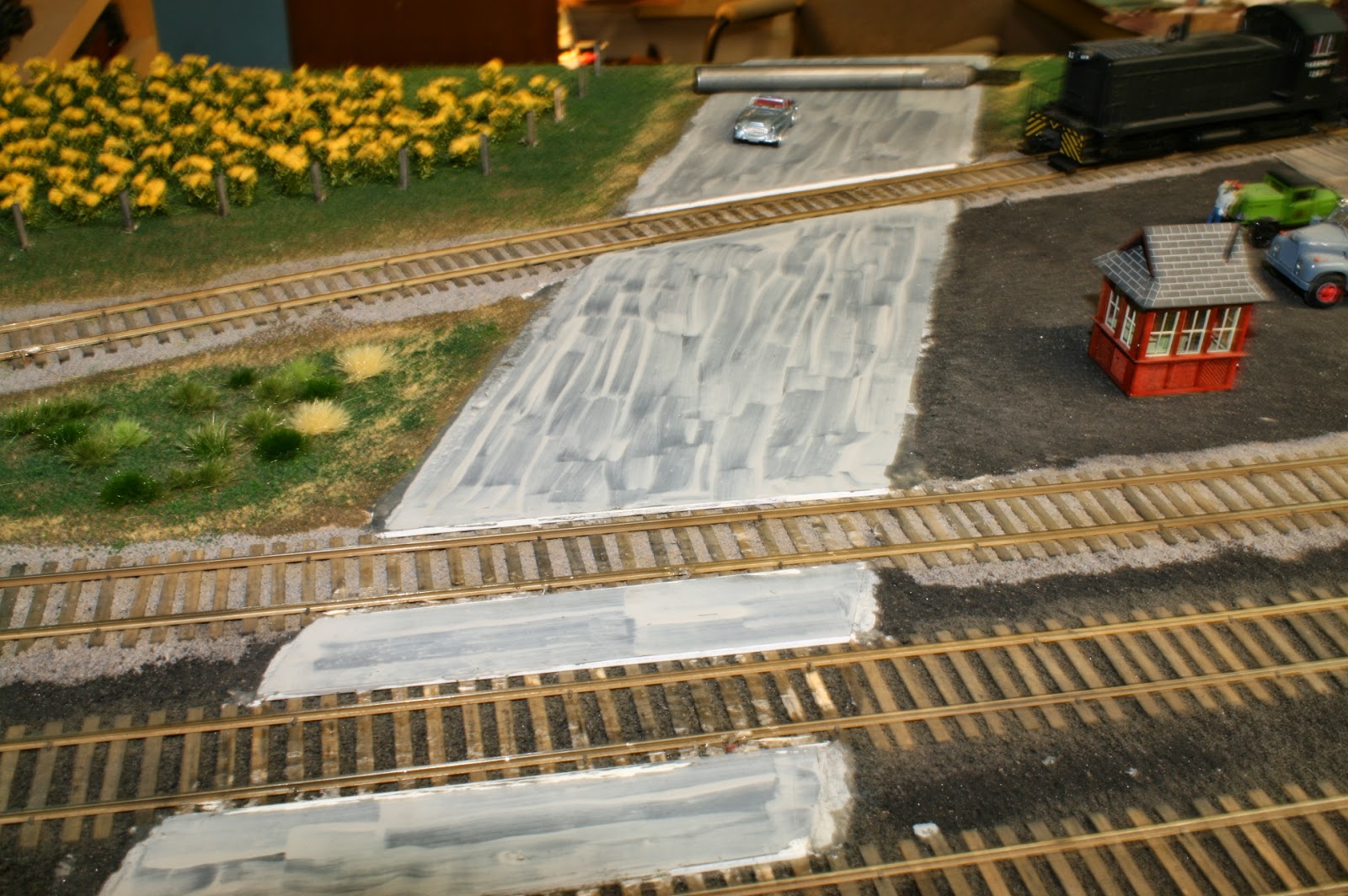 First attempt with brushing acrylics was an unmitigated failure. As you can see. Won't be doing that again!
For attempt #2 out came the airbrush and a coat of medium grey was applied. Once that had dried I added new prestained lumber pieces for the crossings.
The roadway was then weathered using chalks and Bragdon powders. I may yet revisit the weathering on the road, but for now I have to let it sit and see how I feel in a couple of days. 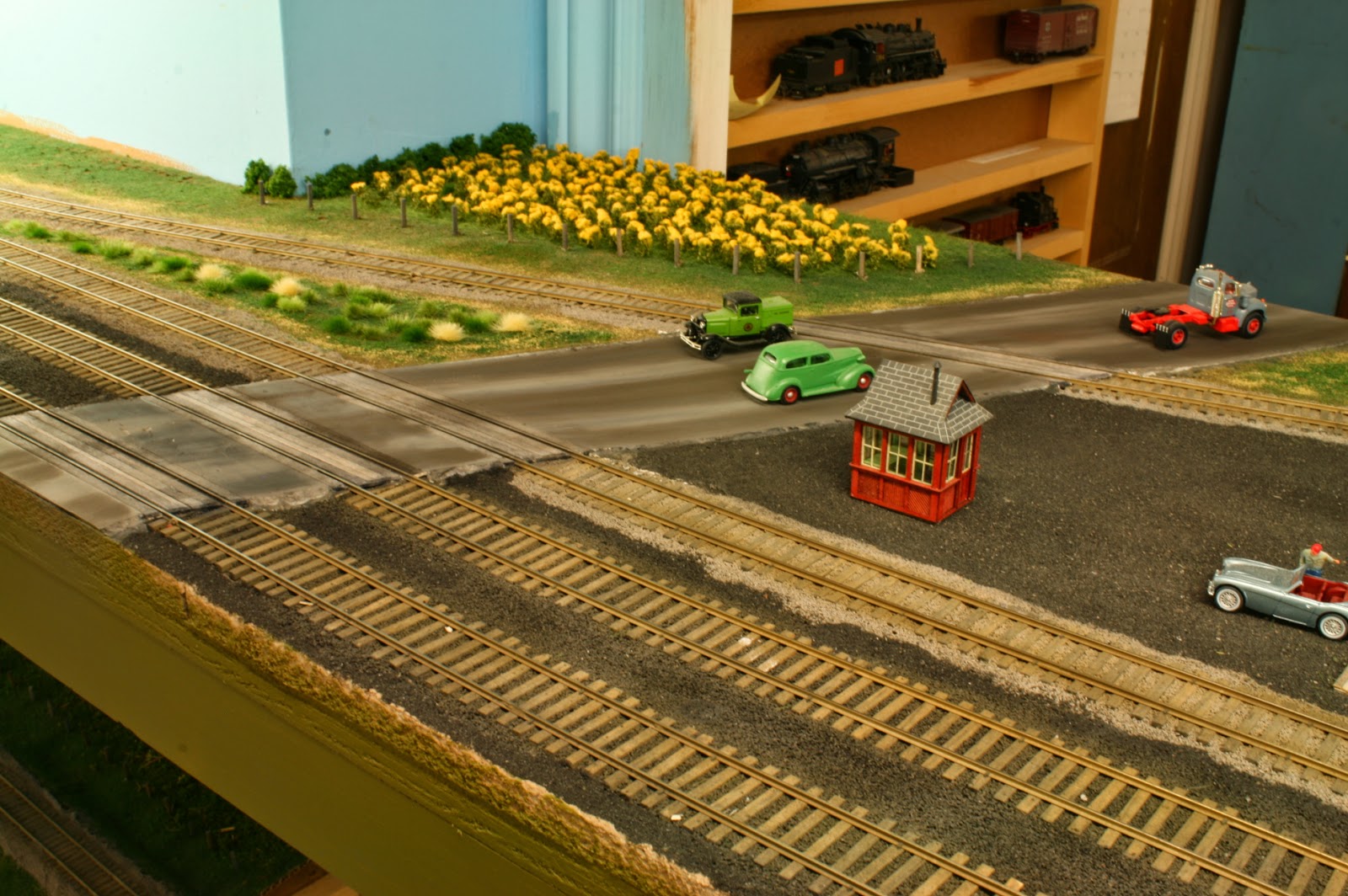 When we were creating the resin kit for the Northern Pacific 39000 series boxcar, we could not confirm the location of the reservoir on any of the cars that were refitted with AB brakes. We had a decent picture that told us where the triple valve was, but no good picture of what would be termed the right side of the car.
So we released the kit with only a K brake option and left it the individual modeler to make his own determination as to the reservoir location and the method of securing same.
So it figures that after many sales and much discussion a photo shows up.

This photo was taken in New York City in 1951. The reservoir can be clearly seen to the right of the needle beam. And I would presume that the triple valve is on the other side of the car, directly opposite.
When we were creating the kit, that was the location that I had guessed would be used. But I remain convinced that had I made a definitive statement to that effect a different photo would have surfaced first that proved me wrong.
The joys of the Model Railroad business.