Which meant I could get the table saw out and saw up a bunch of lumber.
I ripped up a bunch of pine into 1 1/4" strips to make the support frames for the backdrop down the centre of the peninsula.
As well as cut up 4 sheets of 0.060" styrene into the widths required and got one side of the backdrop installed today. 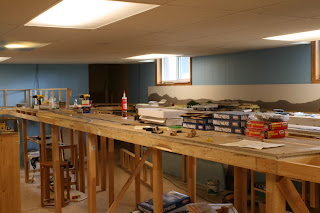 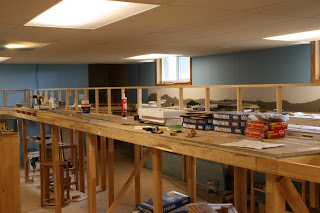 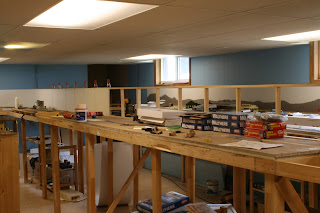 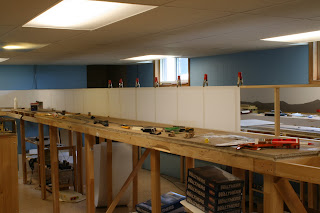 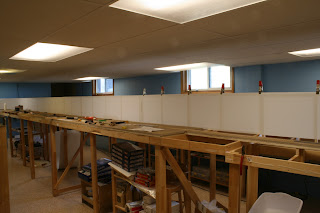 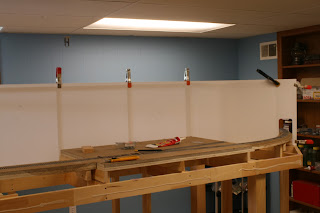 In the last photo you can see that this time I'm doing something a little different than I've done before.
The backdrop curves to the front edge of the benchwork, framing the scene at what will be Maltermoro and hiding that big curve at the end of the benchwork.
A similar effect will done on the other side as we come into Las Palmas.
The seams will be filled with spot putty and sanded smooth and then painted in the same manner I've described in earlier posts.
I'm super pleased with the results I'm getting with styrene sheet for backdrops. The plastic doesn't move near as much as Masonite might with seasonal changes, and it's very easy to work with.
I strongly recommend the concept.