When Trevor comes to visit...

And today it was track scales!
On occasion Trevor gets inspired to create wonderful models of things that may not be of use on his own layout, but certainly useful on others.
As the design and planning of this layout evolved, it became quickly apparent that 2 track scales were required.
One at Friant, at the end of the branch for weighing the ballast hoppers that were hauled out of the Rockfield quarry, and a scale at Tarpey, right in front of the Italian Swiss Colony Winery. Clearly for weighing the loads of wine being shipped out.
The scale at Friant; 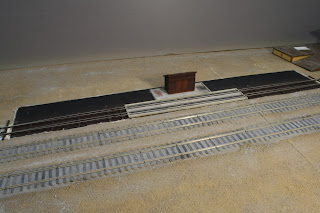 And the scale at Tarpey 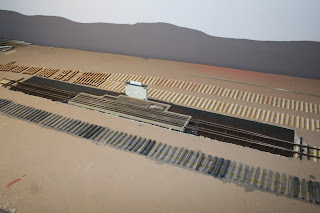 Now it's worth noting that Trevor went to the trouble of making the points work on both scales so that cars can be rolled over the "live" rails, while the locomotives can be kept on the "dead" rails, thus not overloading the scale.
Another smart idea that will add to the work to done by the train crews as the perform their duties moving cars around on the branchline.
Clearly there's much to be done yet for ground cover and ballast, etc.
But with these 2 items installed the last bit of rail can now be laid and test runs of trains can begin up and down the entire branch.
Thanks Trevor.
Your help is invaluable.

How about that?
The whole thing actually works!
I spent a few hours this morning tweaking the flangeways in a couple of places. There were a couple of tight spots.
In the process of troubleshooting the track work, I discovered that the brake shoes on the tender were shorting out against the wheels, so off those came.
As Trevor rightly points out, "You never find these things until you can run the layout. So the shorts are a sign of milestones achieved and progress made!"
I also lost my mind for an hour the night before trying to track down a short in the track wiring. Given that it's about as simple as it can get, you can well imagine the choice bits of language that was being used before I found the cause.Some idiot soldered the wrong colour drop feeds on 2 adjacent pieces of rail.
I'll leave it to you to guess who the idiot was.
Huge milestone here, and an even bigger one is looming for this coming Tuesday.
Trevor is visiting and he has some goodies in hand.
You'll have to wait to see what's going on!

If you're a reader of Railroad Model Craftsman, you will have noted that my good friend Trevor Marshall just had an article published in where he created an SP SW-1 with trolley poles.
In the preamble of the article, Trevor relates that him enabling me to build this Clovis Branch of the SP, enabled him to build the model of the SW-1.
Once the model was completed, Trevor came to visit and took many photos in preparation for the article.
With his permission, I'm sharing a few that did not get into print; 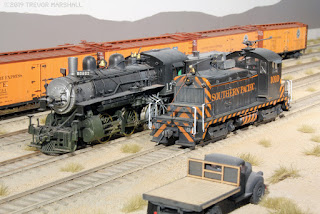 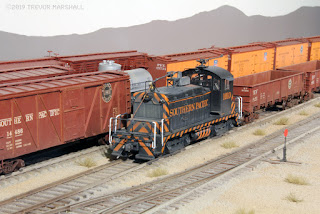 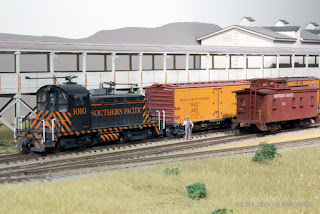 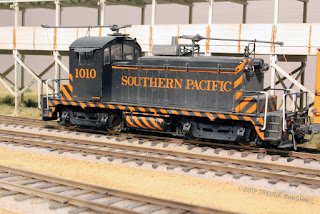 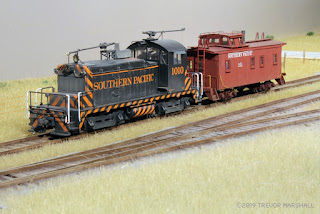 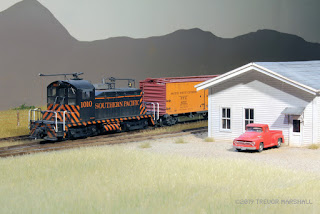 I'm tickled that I was able to offer up an appropriate setting for the loco.
2 big take aways from this photo session;
I need to invest in proper photo lights for my own purposes
My buildings need more weathering

Now this is COOL!

After the delightful and successful NERPM last weekend, I popped up to Montreal to family and friends.
Mom and I took in our traditional meal of Smoked Meat sandwiches at "Moes" in Pointe Claire, heaven on rye.
On the way home I spotted this; 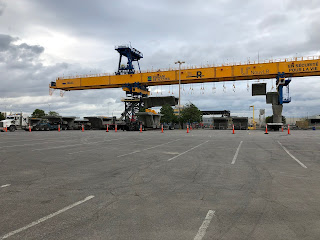 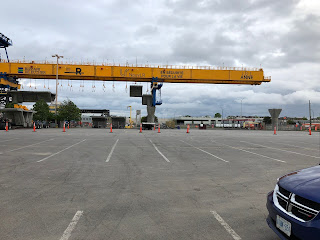 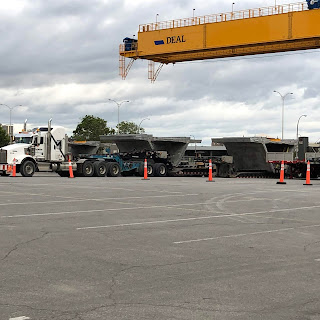 Now I know how the planned LRT system is addressing the right of way issues.
Clever fellows!
I'm only sorry I didn't have time to watch the beast in action.
Now I gotta hand it to the planners in Montreal. They have done so much over the decades improving mass transit within the Montreal Urban Community.
This LRT will run partially on existing track as well as on new right of ways.
It's designed to link with the subways and bus routes, connect to the airport and make great strides in resolving Montreal's gridlock.
https://montrealgazette.com/news/local-news/montreals-light-rail-project-to-break-ground-in-april-start-rolling-in-2021
Somebody should tell Toronto and Ontario about this group effort