It's an indulgence, I know

But this whole hobby is about indulgences, isn't it?
I just acquired this little beastie. 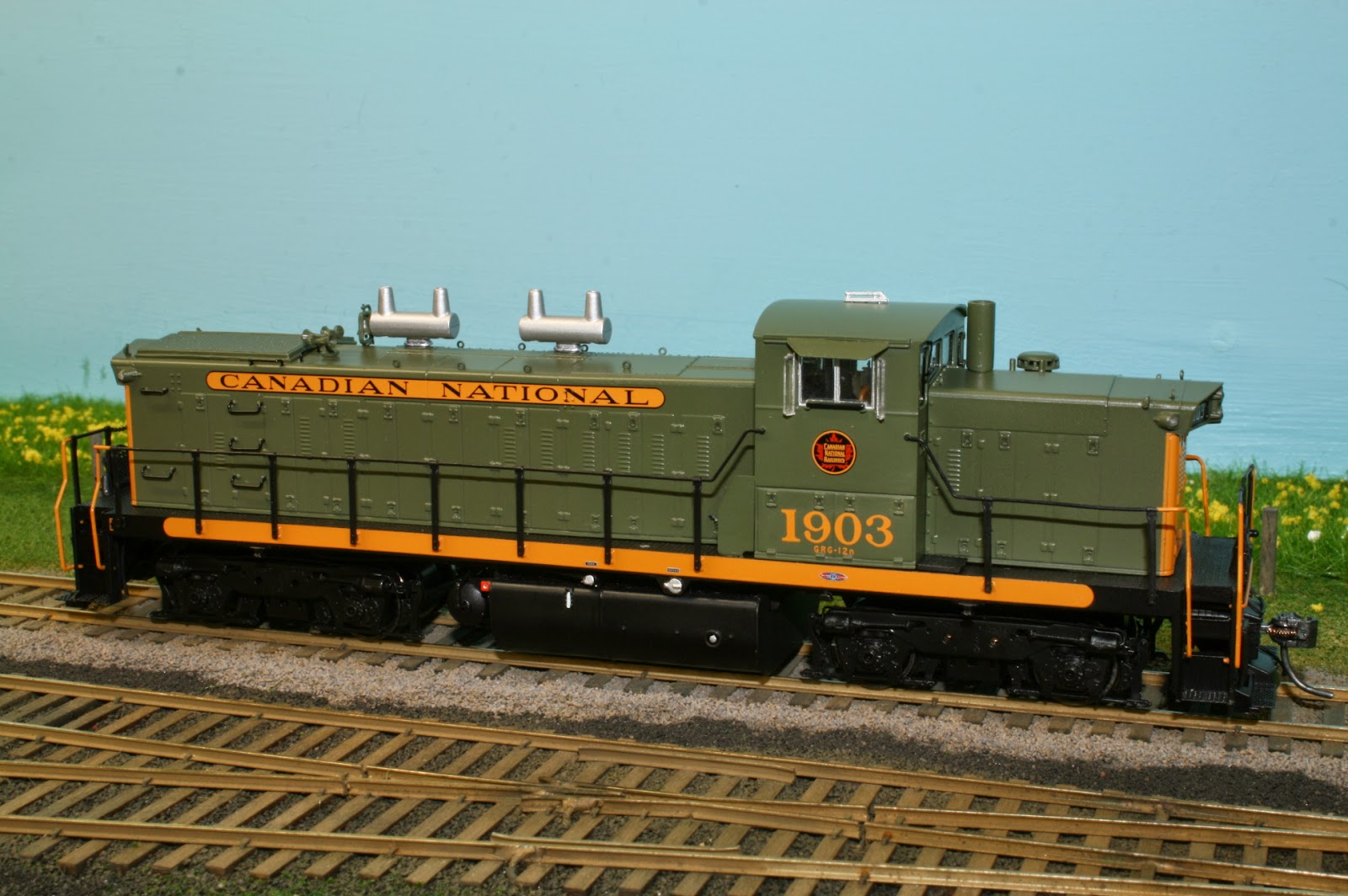 Hot off the presses from those fine people at Rapido Trains.
First a little bit of history;
The GMD GMD-1 is a diesel locomotive originally produced by General Motors Diesel (GMD), the Canadian subsidiary of General Motors Electro-Motive Division, between August 1958 and April 1960. This switcher locomotive was powered by a 12-cylinder EMD 567C diesel engine, capable of producing 1,200 horsepower. The GMD-1 was built on either Flexicoil A1A-A1A (for light rail prairie branchlines) or Flexicoil B-B trucks. 101 examples of this locomotive were built for Canadian railways. 96 went to Canadian National Railway and the remaining 5 went to Northern Alberta Railways (that later became part of CN's fleet when they acquired majority interest in NAR).

Admittedly this unit is way out of era for me. But they are in a class of locomotive that I term, "So ugly they're beautiful". And a surviving unit still plies the rails between London and St Thomas from time to time.
The model is very nice. Lots of nice detail, the sound decoder sounds just like the unit I get to hear from time to time. This will probably be the only Rapido Trains purchase I'll ever make, but right now I have no regrets.

Pierre, I'm with you on these engines I've been thinking about getting one and I'm an O scaler. I wonder what my wife wants for Christmas.
Maynard Stowe


Thanks for the tease!