It's been a long , cold winter,

And it ain't over yet.
Heck, it's only mid-Febuary and I've had enough. This has to be one of the harshest winters since I moved to St Thomas 18 years ago, if not, then since I moved to Ontario in 1979. Prolonged stretches of bitter cold and a hefty amount of snow.
And the really bad part, it's kicking the crap out of the layout. The benchwork is drier than it's ever been and the rails are expanding like never before, all due to the inordinate amount of furnace time. I can also tell how deep the frost is in the ground now, by how cold the floor is in the basement.
The other day I went to move some trains in preparation for the next "Sea Trial", which will be at the end of March. I had derailments in a couple of locations that previously had no problems.
A quick investigation  turned up this; 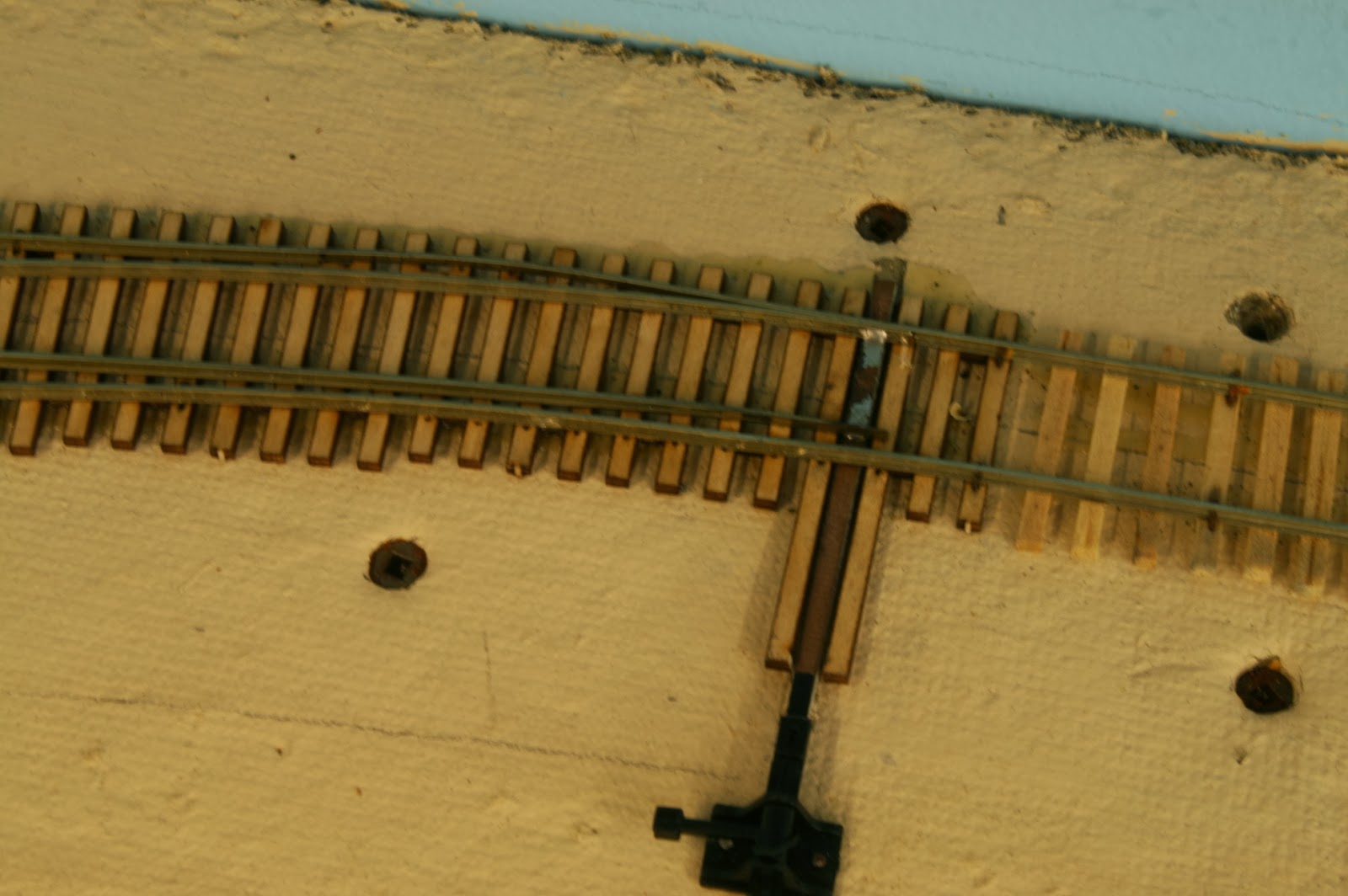 That top stock rail had been glued down with Pliobond when the turnout was built. The rail had expanded so much that it broke the glue joint.
It has since been repaired and expansion gaps have been created. I've also had to go around and regap about half of the turnouts on the layout to eliminate the shorts that have popped up since the last time I ran trains a week ago.
How much you want to bet that come the summer, I'll be faced with massive gaps in the rails?

It's small consolation, but I've reading a few complaints from others about this problem on Yahoo Proto-Layouts.
I blame Putin and the winter Olympics in Sochi.

I am convinced that "seasoned track" is the real answer. The Washington DC area features high heat/ humidity and pretty cold temps in the winter, at least this year. By seasoned track I mean stuff that has been down for a couple full seasonal cycles to work out the gaps and kinks.

Wow, that's some pretty serious deflection in the rail! I don't remember your basement being that far from a comfortable temperature, or at least not far enough to make rail do that! And shouldn't the rail be contracting in the cold of winter and expanding in the heat of summer?

Hunter,
2 separate, but related forces at work. The benchwork is shrinking due to drier than normal air due to a prolonged cold spell. The humidifier was set for warmer outside temperatures.
And the warm air from the furnace is heating the rails enough to cause a tad of expansion in places.
Put it all together and chaos ensues.

And here I thought it was evidence of rubber-gauging...

I'm having the same problem this year - not as severely as you have, because I have less track and it's been down longer. But I've had one point where gaps have closed and a Zona saw was required.