This Thursday past, 4 friends were over and we had another kick at the can of getting TT&TO operations working on my Wabash Cayuga Sub layout.
Trevor Marshall, Don Janes, Mark Hill and my overseas guest Thorsten Petschailles were all willing subjects in the ongoing working up of the operations scheme. I'm pleased to say that for the most part things are coming together.
We discovered a couple of points in the timetable that require further revision. In both cases it is an error in math that has trains sitting in stations awaiting their departure time for overly lengthy periods of time. 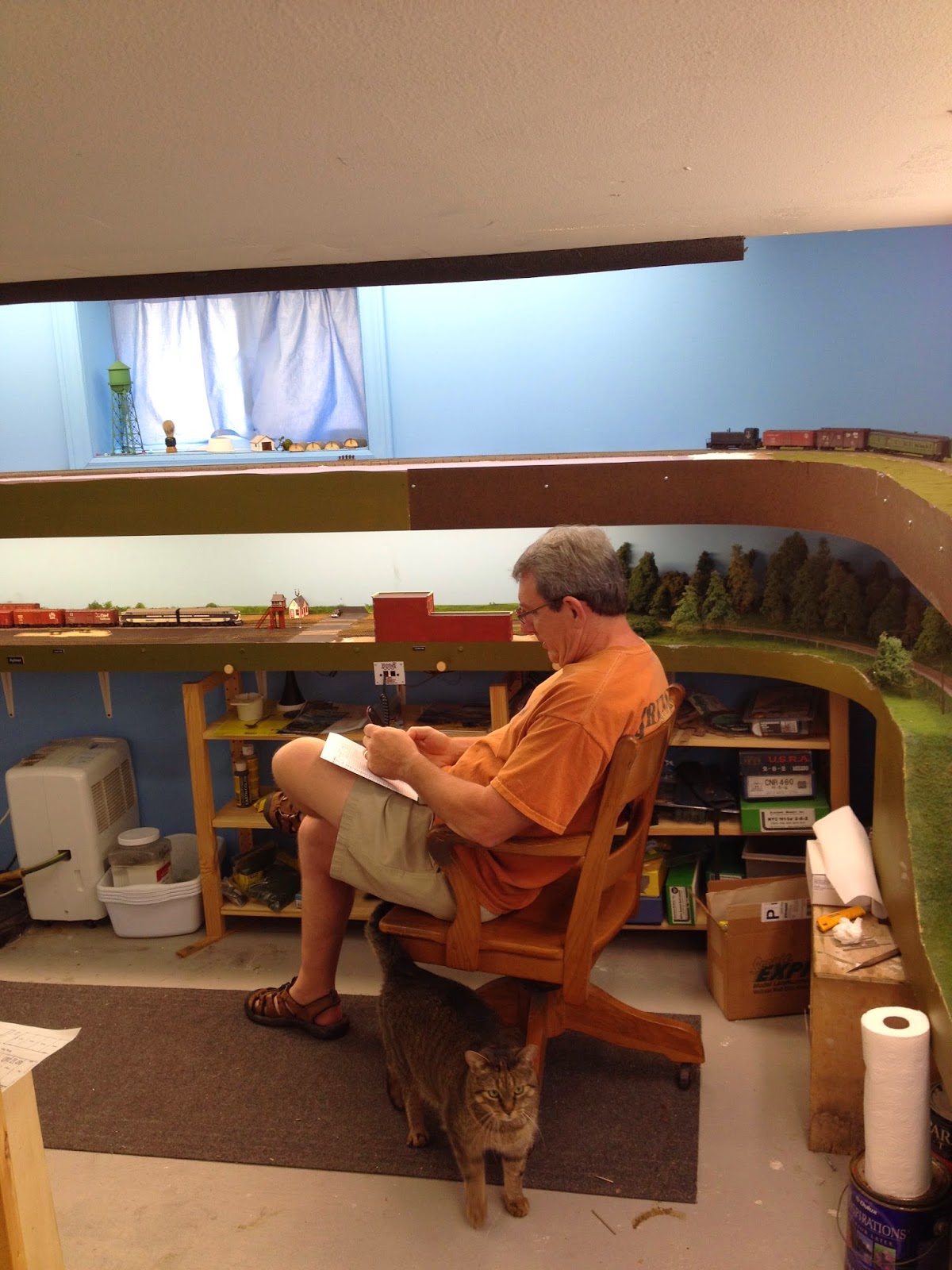 Don Janes bids his time waiting for the clock to advance, so he can proceed safely east of Aylmer. Poo-foot carefully guards him.

The operations require at least 2 west bound and 1 east bound extra every day to keep the motive power balanced between terminals. So both despatcher and road crews have to keep an eye on things. Another option available to me is the use of sections. Rather than looking for slots in the timetbale to fit in extras, I can order trains to run as multiple sections. Which should be easy to do, I just have to create HO scale white and green flags a make flag holders for the locomotives. That is something I want to have in place for the next session.
The other thing I may have in place for the next session in letting the way freight run between through trains. As I get more comfortable with the travails of despatching I will continue to add levels of reality. 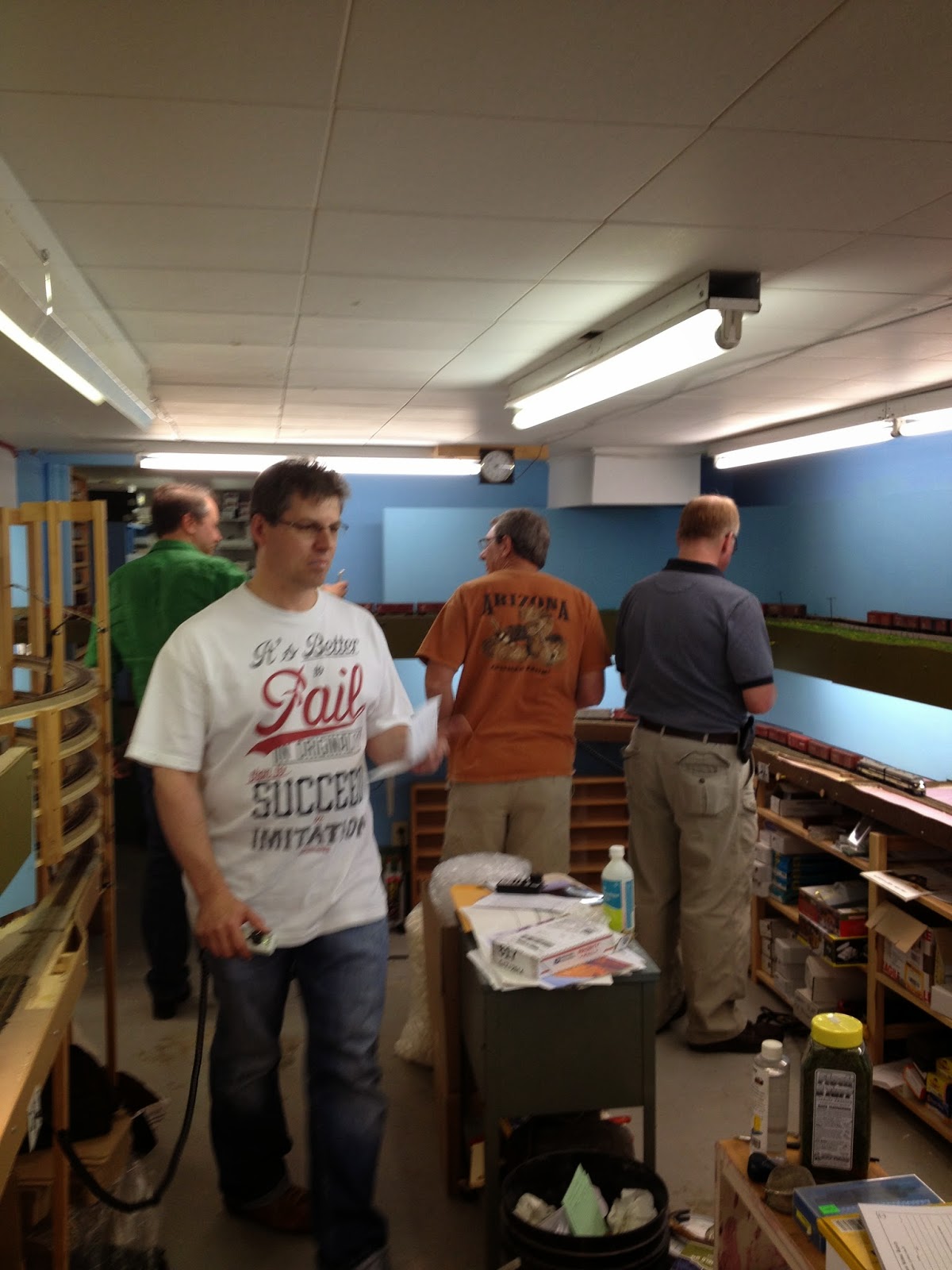 No matter how hard you try, it seems that everyone winds up in the same place at the same time.

The layout behaved fairly well with 2 notable exceptions.
I'm noticing that the some of the cars with Kadee trucks and Reboxx wheelsets have a greater tendency to derail than say plastic trucks. I'm not sure what the deal is here. I have to sit down and review every piece of rolling stock and see if I can't get certain cars to track better. More details when I know more.
The other issue is power routing to the frogs. But I'm going to cover that in my next posting.
I'm overall very pleased with the performance of the layout. And the operators all enjoy the tasks that have to be done.
Looks like the idea I had 6 years ago is working. Imagine my relief!